What You Need to Know About LED Drivers The heart is the primary organ that determines how well the rest of the human body functions. So we pay a lot of attention to it and make sure we do what we can to keep it in top shape. We eat ‘heart healthy’ foods, keep up with exercise routines, reduce stress where we can….the list goes on and on. If we had a choice, we would pick the best heart possible to start with, and make sure it was a top performer for the life of our…well….life.

It’s a bit dramatic, but think of an LED driver as the ‘heart’ of an LED fixture. You want one with the most important specifications and quality level you can get, and you want it to last. You don’t want it to poorly affect your LED fixture and how it operates on a daily basis. If possible, you want it to operate at an optimum level for the life of your fixture and make the luminaire look great. Be aware that beautiful fixtures with sub-par drivers often do not meet their anticipated potential.

But many people don’t realize the importance of the LED driver (power supply) selected and designed into the fixture. LED drivers significantly influence the performance, reliability and lifetime of a luminaire. So when you are looking at a lighting fixture, consider its inner workings.

The LED driver is the primary component that determines the dimming capabilities of the fixture. Unless the fixture is leveraging a quality LED driver, the quality of light output could drop considerably resulting in an unpleasant experience for the occupant.

Flickering (visible and invisible) can occur when the frequency of the light output from the source changes intensity rapidly. When a power supply converts mains electricity from AC to DC, and the current is then sent to the LED, it can cause the fixture to flicker because of high ripple in the output current.

IEEE PAR1789 cites that biological effects occurring from visible flicker include epileptic seizures as well as less specific neurological symptoms such as headaches and malaise. In addition, health effects have been reported as well with exposure to invisible flicker, including headaches and eye-strain.

A quality driver can mitigate these issues. In contrast, a poorly designed driver may deliver fluctuating current to the LED and not pure DC current, and this can result in flickering.

Do you hate the delay that some LED fixtures have when they are turned on? The culprit is likely the driver and its startup time, not the luminaire itself.

LED drivers with a low startup time of <0.5 seconds enable luminaires to meet California Title 24, one of the more stringent building energy efficiency programs in the U.S.

LEDs have a longer lifespan than legacy technologies such as incandescent and fluorescent. However, temperature plays a key role in defining this lifespan. An efficiently designed driver helps reduce internal ambient temperatures.

Basically, the LED driver is responsible for sending the appropriate level of electrical current to the LED to produce the intended level of light. More current to the luminaire translates to more light. However, adequate heat sinking should be accommodated in the luminaire to dissipate the heat generated from the light engine. Overheating of the LED not only depreciates its light quality, but heat also gets trapped in the housing causing the driver to overheat which will result in reduced lifetime of the driver itself.

If you run your driver close to the maximum temperature indicated for UL approval, the operating lifetime will be shortened. Comparatively, if the driver (and fixture) operate at a lower temperature, both will last longer and perform more reliably.

When you select LED fixtures, pay close attention to the quality of the driver. Confirm that the LED driver integrated during the fixture manufacturing process is from a reputable, quality engineering and manufacturing organization. Confirm that the key specifications support all the issues highlighted in this blog. Drivers play a critical role in the actual lifespan of a fixture and the quality level of an overall lighting system. 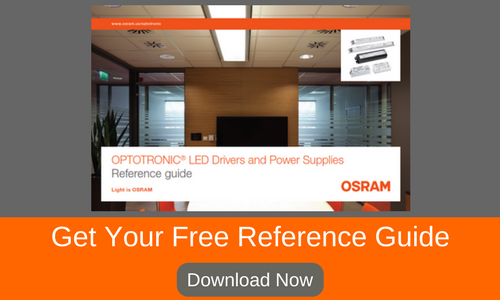